Inkstone was founded because entrepreneurs and visionaries lack time to write engaging, specific, cliché-free stories about their work.

The intuitive, tailored process I follow gets the brilliant stories out of your head and into the world, so you can keep doing what you do best — make great things. 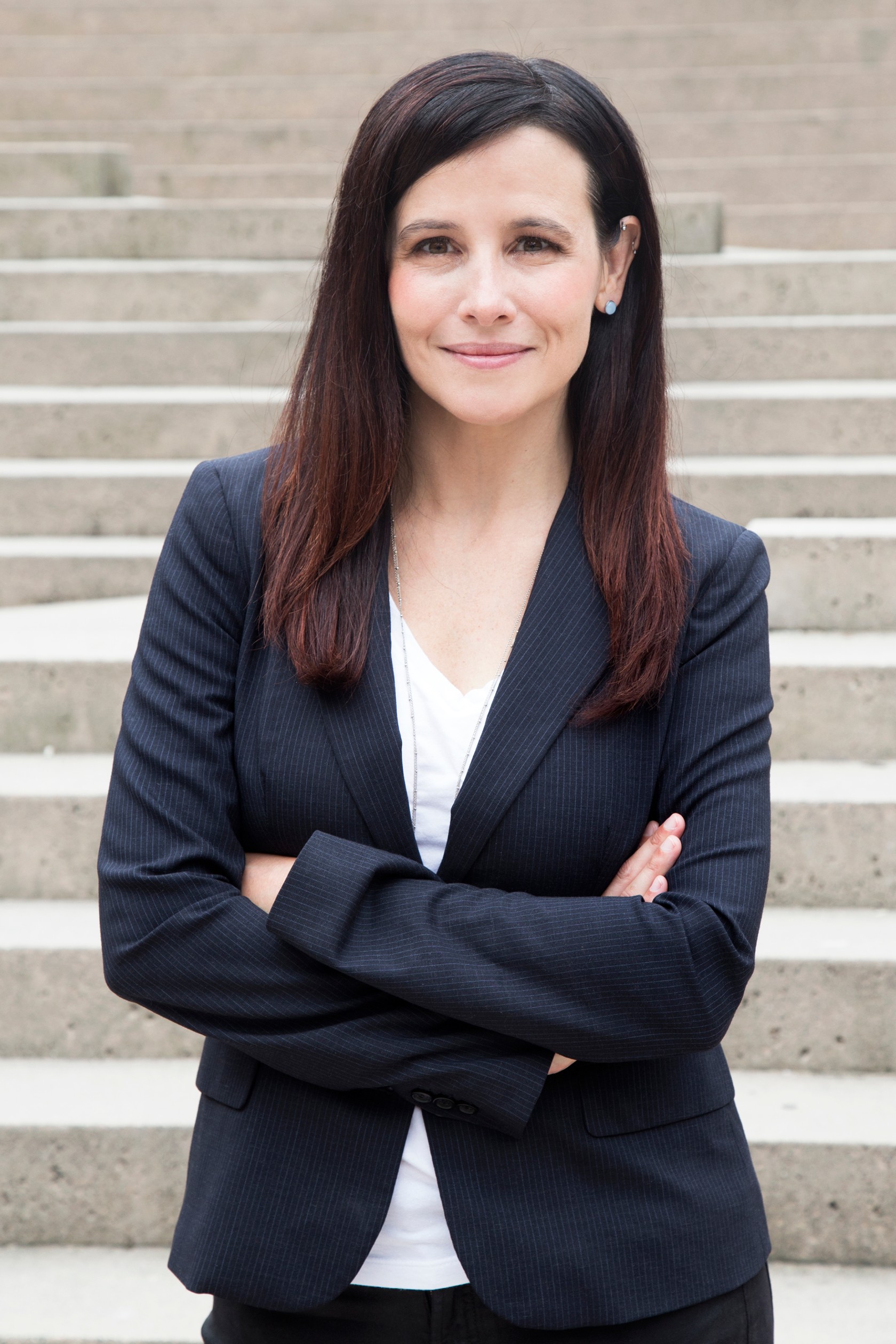 The story of Inkstone

When I founded my first business, Supersnack, and my second business, Quupe, my cofounders and I went through so many unique ups and downs that I thought, "I should really be writing all this down."

But I struggled to find the time to do it. (Too busy actually navigating the ups and downs.)

I know every entrepreneur can tell a fascinating story about their journey.

But all too often, business writing devolves into corporate-speak and platitudes, which is a shame when there is so much interesting stuff going on behind the scenes.

My hope is to bring those great stories to light by helping entrepreneurs find the time to tell them.

Brave and resonant storytelling starts with personal interviews that some have likened to a good therapy session. (It’s not therapy, but it is extremely eager listening, reflecting, and delving into your core truths.)

I commit the time to getting in the zone on your behalf. Every writer knows starting the project is half the battle. You’ve started. Now let me help you move it over the goal line.

Angela Hamilton is a writer and editor.

Angela's career began at the Museum of Modern Art in 2003, when she was a development associate during the museum's insanely popular Matisse/Picasso exhibit, which was produced in collaboration with the Tate Modern (London) and the Musée Picasso in Paris.

Soon after, she was hired to work in the office of the General Counsel, where she assisted in producing the museum's monthly board meetings, managing their 50+ board members and trustees, and sent notice of meetings, quaintly, via fax machine.

She also, incidentally, got to view a lot of killer artwork.

She was hired as an editorial assistant at Men's Health (Rodale) in 2005, providing editorial and P.R. support, but also coordinating calendars and picking up dry cleaning and doing coffee runs and making impossible things happen (e.g., "Reservation for six at Babbo, tonight") for editor-in-chief David Zinczenko (The Abs Diet) and editorial creative director John Tayman (The Colony).

Also in 2005, Angela founded Supersnack, a New York City-based non-profit that produced benefit events and fundraising campaigns for AIDS charities in New York City and Washington D.C., including Gay Men's Health Crisis, Whitman-Walker Clinic, Iris House, and Housing Works NY, among others. Angela led the org to raise more than $150,000 for treatment and support of folks living with HIV/AIDS, with no major gifts and no corporate backing, via their fundraising motto, "No Zeroes." They also developed some extremely inappropriate and nonsensical rallying cries, such as "Kick AIDS in the balls," and, later, "What do we wanna kick?" "AIDS!" "Where do we wanna kick it?" "IN THE BALLS!"

In 2007, Angela worked in the corporate offices of Polo Ralph Lauren, as an HR coordinator for their wholesale and design teams. Shepherding new candidates through the process of being hired was a delight (they were always so happy and so well-dressed), as was having a cubicle where the side-along chair was the Harry Bertoia Side Chair, which, even with the accompanying cushion, are as gorgeous as they are deeply uncomfortable. (Perhaps these were chosen to discourage cubicle visitors from lingering too long. If so, it worked.) During this time, she also occasionally filled in as a model dresser for Ralph Lauren's Purple Label showroom, an experience unto itself.

In 2008, she was hired at Ziff Davis Enterprise an associate editor, where she helped produce day-long conferences and edit speaker materials, and she also worked for Sony Music Publishing.

In 2009, Angela went to grad school for journalism at the University of Missouri, where she worked in the Office of Planning and Communications, helping copyedit the Missouri School of Journalism's centennial publication, "The J. School," and also worked as a T.A. for the rigorous magazine editing lab. While at Mizzou, she studied everything possible, including literary journalism, photography, design, video production, and linguistics — just about everything, in fact, except hard news.

Angela's next move was being hired as the online editor for two McClatchy publications, The Island Packet and The Beaufort Gazette, sister newspapers in small-town coastal South Carolina, serving picturesque Hilton Head and even-more-picturesque Beaufort (where Forest Gump and The Big Chill were filmed, among others). While there, she won a few South Carolina Press Association Awards, including first place for Facebook Page, a crowning achievement in an era where she didn't realize it was possible to win professional awards for being good at Facebook. While there, she covered the funeral of boxer Joe Frazier, the 2012 presidential election, and the rising star of American Idol winner Candice Glover.

She was hired to work out of McClatchy's Washington, D.C. Bureau after that, overseeing tablet publications for 30+ news publications nationally, including The Miami Herald and The Kansas City Star. She founded Magnify, a weekly tablet magazine showcasing the best visual storytelling from across McClatchy.

Things took a turn for the alarming in 2013 when, having fallen in love with a South African who lived in Vancouver, B.C., she decided to uproot her entire life and relocate with him to Cape Town. She quit her job, sold her car, and put everything she owned into storage. On their second night in Cape Town, their apartment was broken into and everything they had with them was stolen, including bags, cash, phones, IDs, and passports.

They were stuck in South Africa for eleven weeks, missing a planned visit to the White House Correspondent's Dinner with colleagues, but they made the best of the time, hiking the Lion's Head and trekking to wineries in between visits to various embassies and the South African Department of Home Affairs.

That excitement past them, they relocated to Vancouver, where they lived on an airbed in an otherwise empty apartment for several weeks, trying to figure out their next move.

Angela then worked as a contributing writer for Previously.tv (editors: Sarah D. Bunting and Tara Ariano) and as an editor for Palgrave McMillan, editing academic textbooks. In 2015, she began her second master's degree (Master of Digital Media) at The Centre for Digital Media.

She founded Editing For People, her first editorial consultancy, in 2014, and edited several manuscripts, including Repaid (Artists' Financial Support Group) and New Media by Richard Smith, Director of the MDM program.

In 2016, she co-founded Quupe (pronounced "koop"), Vancouver's own sharing economy platform. The team traveled to Portugal to pitch at Web Summit later that fall, and launched in February 2017. Angela gave a keynote on business innovation at the National Zero Waste Conference in 2017, when Quupe was named to the impact venture cohort at UBC's social impact accelerator, alongside Nada, Flourist, ChopValue and MeatMe. Also in 2017, they were named to the top ten of Pitch for the Purse and were selected to take part in WeRaise, a cohort of female-founded companies that included FlaxSleep, NanoLit, and PROtect.

Quupe received an Environmental Award (Innovation) from the Recycling Council of B.C. in 2018 and were a BC Tech Association top-ten Venture at New Ventures BC later that year, where they received the Growth Award. They were named a Startup Fest World Champion and traveled to pitch in Montreal. Quupe was a recipient of VanCity's EnviroFund grant in 2019. Also in 2019, Angela became an alumni Entrepreneur-in-Residence for the Centre for Digital Media, and served as faculty advisor for a number of MDM student ventures.

In 2019, she began serving as the Co-Chair (Governance) of the Board of Directors of the Vancouver Mural Festival.

Seeking a return to her editing and writing roots, in 2020 Angela founded Inkstone with a goal of helping entrepreneurs and artists tell great stories about their businesses. Since then, she has completed her first full-length novel, The Poor Potter, a second book, Be Funny Or They'll Kill You, of writing philosophy and advice for entrepreneurs (coming in 2022). She has worked for dozens of clients, including The Nature Conservancy and Virtual Bookkeeping, on storytelling projects that range from blogs, newsletters, email campaigns and brand story development to television scripts and memoir-writing.

In 2021, she began serving as Entrepreneur-in-Residence and lead of the Social Venture Studio for entrepreneurship @ UBC, supporting social impact ventures as they lay the foundations for world-changing entrepreneurial greatness.

Angela's undergraduate work was in theatre performance at Christopher Newport University, and she has also worked as an actress and singer up and down the Eastern seaboard, at theaters such as Gallery Players (NYC), Actor's Theatre of Louisville, Arts Centre of Coastal Carolina, Virginia Musical Theatre, and many others. She has worked as a session musician for various bands, including Waiting For Jerry, Tris McCall, and Stephanie Podunk and the Ghost Town, and formed her own (The Kites).

Angela was the speaker at CNU's groundbreaking ceremony for Ferguson Centre for the Arts in 2002, and read the role of Peyton in a reader's theatre version of Lie Down in Darkness for William Styron during a ceremony honoring him later that year. In 2012, she returned to her alma mater to co-host CNU's 50th anniversary gala alongside Dean Steven Breese and Dean Douglas Gordon.

As a proud supporter of young leaders and social entrepreneurship, Angela has been a speaker, mentor, and partner with communities and organizations such as The National Zero Waste Council, Chasing Sustainability, the Social Enterprise Conference, Green Bricks Education Society, Impel, Enactus, BCIT, YELL, Purpose Five, WISE, and Women In Tech. She also proudly served as co-chair of the board of directors for Vancouver Mural Festival.

During the Supersnack years, Impose Magazine once referred to her professional brand as "snarky intern," and she’s been chasing that high ever since.

Angela lives in Vancouver, B.C. with her partner, Grant and their cocker spaniel, Woodrow. She arranges her books by color.